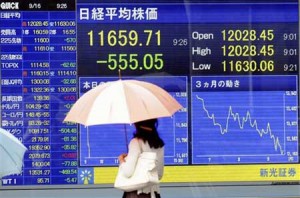 We read and see it on the news worldwide and perhaps today, it would be best to ask ourselves if we should start panicking. The financial turmoil that has gone as far as reaching trade and business partners in the world is indeed alarming. Seeing two of the largest companies, Lehman Brothers and Merril Lynch, fall one after the other, one has to be thankful that a third company, AIG was spared from filing chapter 11 or better known as bankruptcy.

Indeed everyone has a reason to panic. Nothing is definite as far as our financial standing is concerned. For people who have money in the bank, many are contemplating on pulling out their money for fear that they may not even get them back at all. Should that happen, banks may have to work double time as far as trying to win back the confidence and trust of their clients since the current financial crisis is something that has the whole world worried.

No country or region is spared. In fact, most of us today are quite concerned at how everything will go. To most, hoping for the best is still in the air. But as far as the stock market is concerned, there is that air of uncertainty that you really cannot extinguish at the moment.

Life goes on in other countries. Leaders are trying to appease their countrymen by stating that they will be hit but they will survive. With that in mind, who would you believe? Your president or the news that has been reported live via cable TV?