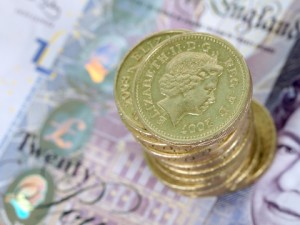 Welfare in the United Kingdom is undergoing a major change. The Universal Credit is set to change the economy in the UK by benefiting the gainfully employed while making it more difficult to be jobless.

Designed to replace approximately six current tax credits and benefits, the plan will likely have the most impact on those who are self-employed or working for less than minimum wage.

The Universal Credit program was set for a soft debut this past April. Tameside, Oldham, Warrington, and Wigan were the four authorities scheduled to implement the program, which is funded by the Department for Work and Pension‘s Bolton Benefit Centre. However, only Tameside has started. The other three are slated to begin this month.

In Tameside, only 300 people per month are eligible to receive the Universal Credit — and this only involves those who have no children. Beginning in October, the entire nation is set to begin offering benefits to all but complex cases, which includes families with children. By 2017, the pilot’s gradual transition is expected to be complete.

Requirements for the pilot program

The very few who will be able to claim benefits under the Universal Credit‘s pilot system must meet strict requirements. Applicants must show the ability to work, may not claim any sort of disability, must reside in temporary housing, not have any care responsibilities, and must have a national insurance number and a bank account.

How the program will change the economy

The UK’s economy is expected to improve under the pilot program. Rather than alotting several monthly payments to each resident for different benefits, they will all be rolled into one. Additionally, the application process is supposed to be simpler, thanks to the computer program the pilot uses.

Issues with the pilot program

There are, however, issues with the pilot program. In addition to having four directors oversee the technology department in just six months, the program was delayed in several authorities. Furthermore, many believe the pilot program should include more complex cases in order to work out the bugs and kinks in the system, which could push back the completion of the pilot in the long run.

Helpful information for the situation

A number of companies are poised to assist, including credit check companies. Those who are eligible for the Universal Credit pilot must be able to show appropriate need. The credit report companies will enable applicants to check their credit score to see how it looks from the standpoint of someone else checking the score for financial purposes.

The concept of the Universal Credit pilot is to make the economy more efficient in handling welfare. However, the pilot has some issues that must be worked out. The purpose of a pilot is to see how the program runs, what adjustments it might require, and how easy users find it.

That’s the reason this program was initiated on such a small scale, before its planned expansion over the next four years.