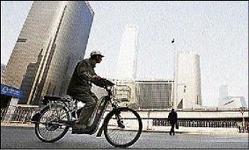 They call it China’s Stimulus Plan while others call it the New Deal. With no aid being set aside to attend to the Asian countries, no other than China itself has stepped up and laid out a new plan to help faltering global markets particularly in Asia. The act does seem commendable and has shown a bright ray of hope. However the fact remains, how good is it and up to where can it aid a faltering Asian market? If it does succeed, will the world follow?

Do remember that aside from these plans, China still has a score to settle as far as building its character to be reliable and of course safe. Today, the Chinese have been branded as jumping in too soon, neglecting the proper protocol that has put innocent lives both local and foreign, to risk. Of course this is with reference to their much celebrated melamine and lead paint scandals, both key areas that have made China a death threat to some nations especially in doing business.

From the ruckus it had caused, you would think China would be reeling back losses, but where is it getting the money for such a Stimulus plan that is reportedly valued at around four trillion yuan, or $586 billion? Is China that rich?

They may be two separate issues but the fact remains that China is not the best country to deal with right now. It can perhaps do good for its native land and entice investors. It can even outgrow recession over there. But while that is solving their problems, how about foreign trade? Will it cover up the scandals that they have been through?

The government said it would build infrastructure, fund housing, cut business taxes and encourage banks to lend money, all in a bid to offset slowing global growth by boosting the spending power of its people.