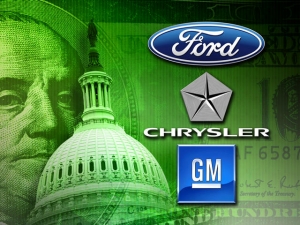 Just what impact does the impending financial crisis have on the economic woes of the United States and the world today? Well for one, if the big three namely, Chrysler, Ford and General Motors would fold, the impact on the automobile industry will severely dent their economy and push the United States further down the lines of economic catastrophe.

The makers of the original American muscled cars has obviously made the U.S. government stand on their feet, placing one part of their business sector on the crossroads of losing not only in profits but also credibility. The U.S. has always been seen as a source of good business and if these automotive manufacturers should fall, God knows what will happen to the faltering economy of the United States.